Neither my travel plan nor my holiday plan didn´t include Santorini. If someone would said to me at the beginning of the year that I am going to Santorini this year, I would be sure, that it is wrong. Even when the opportunity occurred I wasn´t sure that it is worth going there. I am not convinced by crowds of tourists and – what is so special on black volcanic island with white houses?

How many unneeded and untrue prejudices, that vanished even before I step on the island.

At the end of this summer me and my Mom quite unexpectedly visited my sister that works on Crete, Greece. Crete is beautiful and I will write about it more in another article. When we got the opportunity to go on a trip from Crete to Santorini, I was skeptical. 150 eur per person plus everything you spent there? Expensive. Will it be worth it? Katja managed to get us discount and we decided to go.

Early in the morning we went with catamaran from Heraklion to Santorini. We decided to go to Oia and Fira and to lie around at the beaches as we didn´t want to be in a hurry. 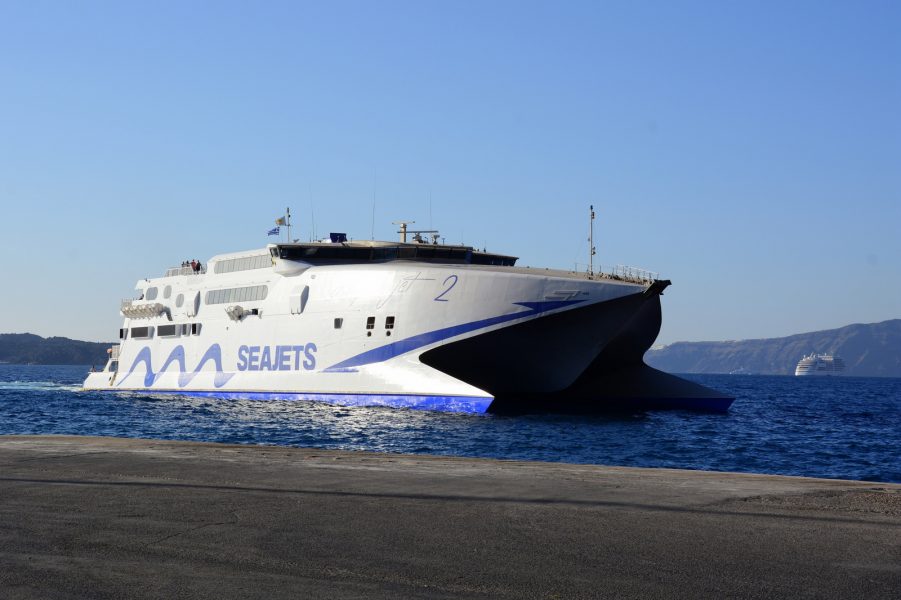 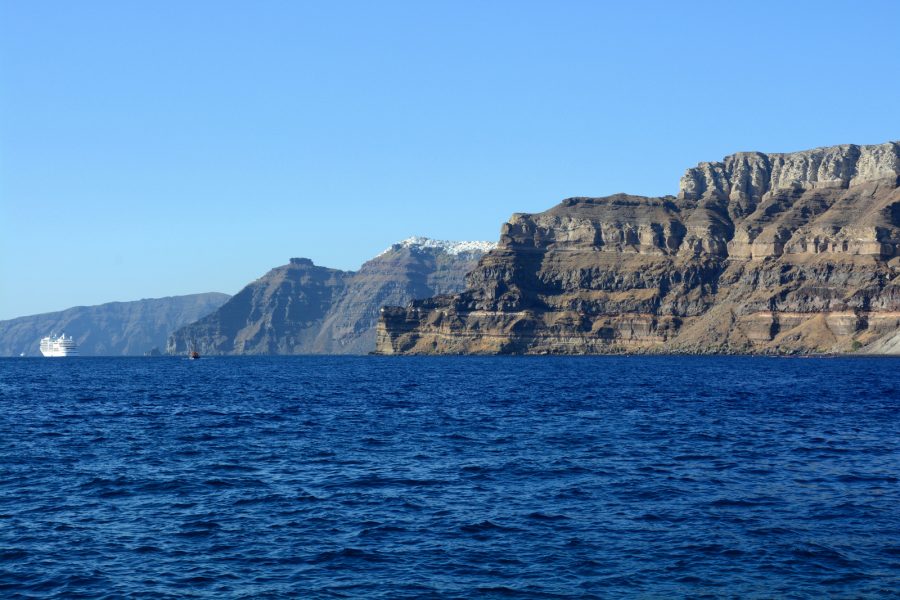 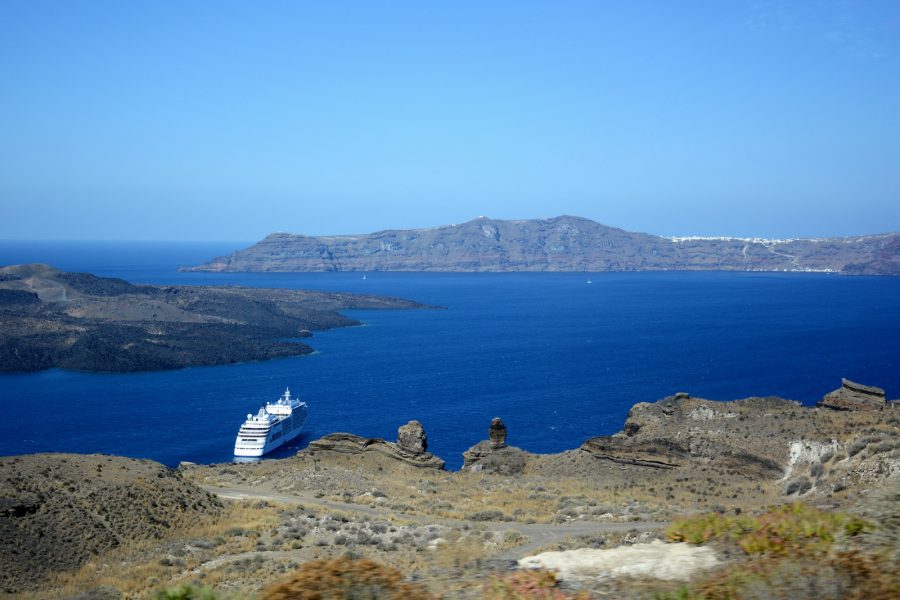 What shall I say?

Even though there were quite a lot of tourists (and it was already September 1st), that was one of the most beautiful images of Greece that I have seen so far. Truly charming and fairytale, as I would touch another world, another dimension, almost unreal. I´ve fell in love with Greece hundred times before, and I fell in love with it all over again. 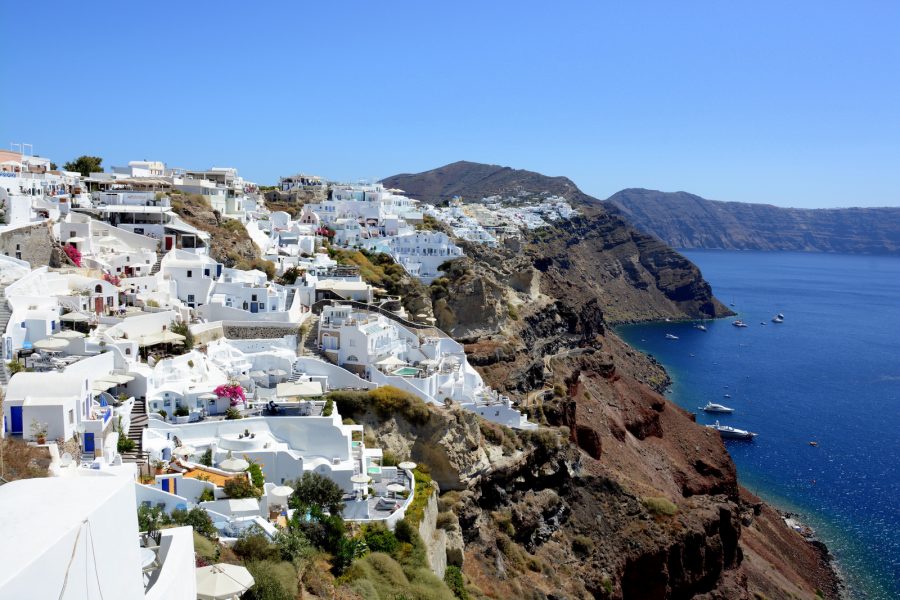 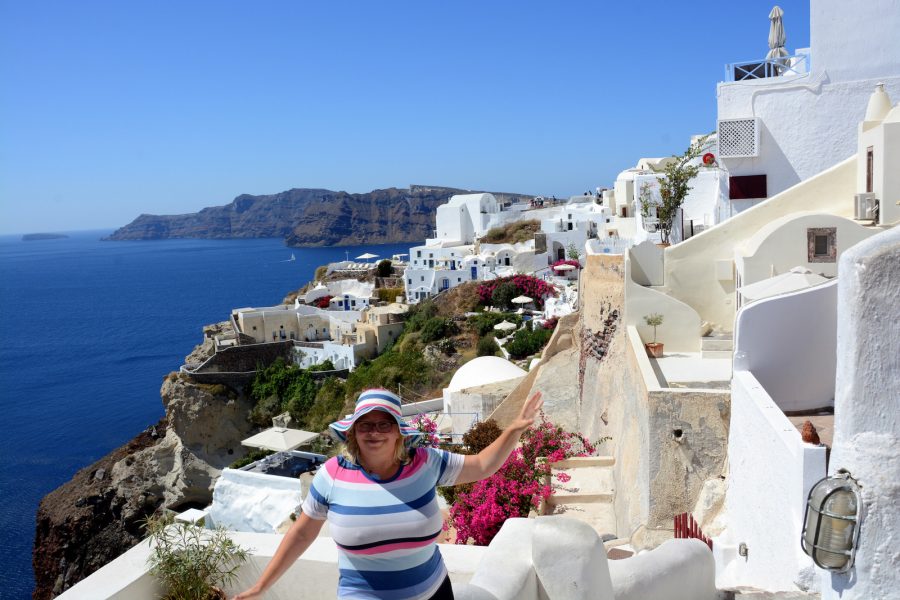 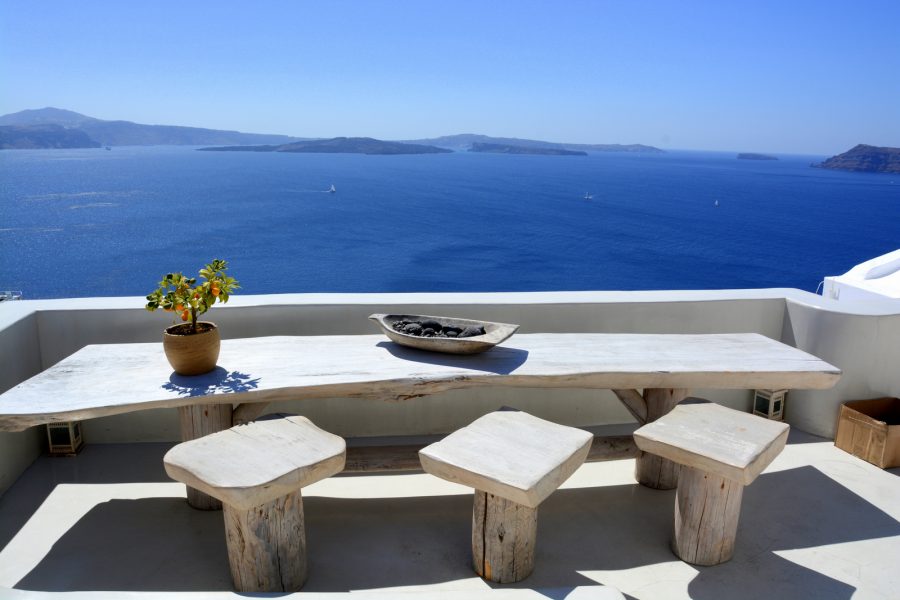 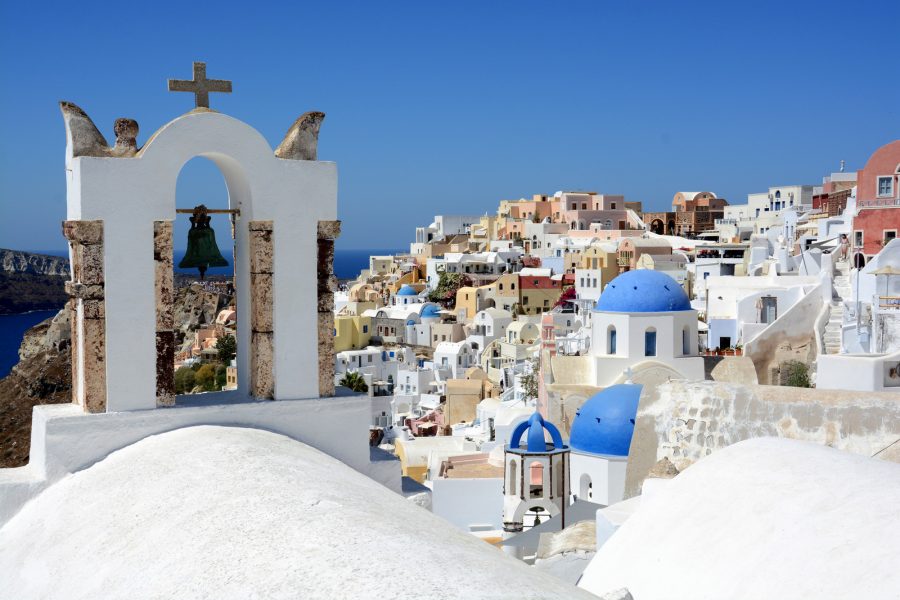 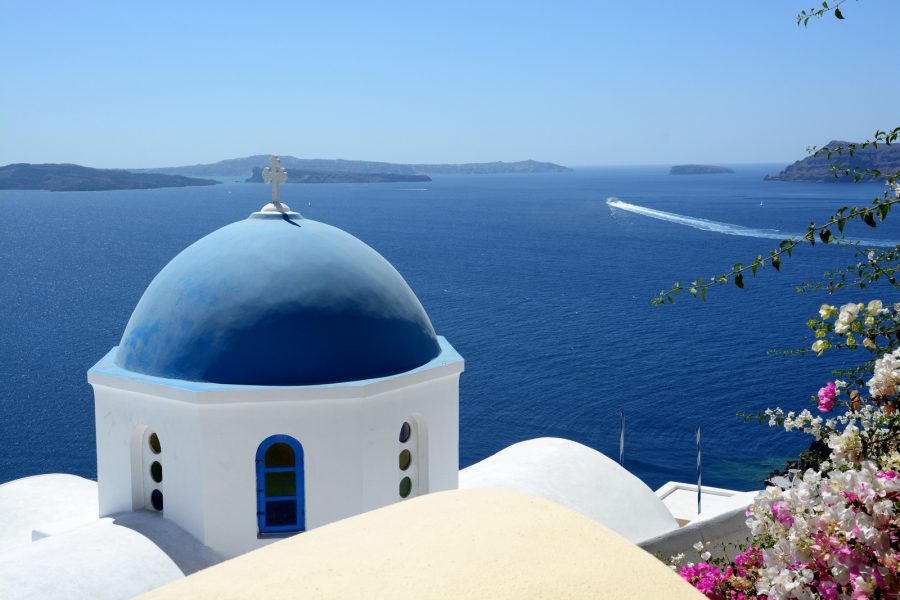 Santorini is southernmost island of Cyclades, and by some sources it is residue of former Atlantis. It is called an island of lava and sun. It has only 72 km2. It is volcanic island and at its west side there is cliff 300 m high and sunken volcanic crater that formed when the biggest volcanic eruption on the world occurred.

Volcanic scenery is breathtaking and supplemented with fairytale blue and white Cycladic architecture. Now I understand why Santorini was chosen so many times for the most popular destination in Europe and the most beautiful volcano. 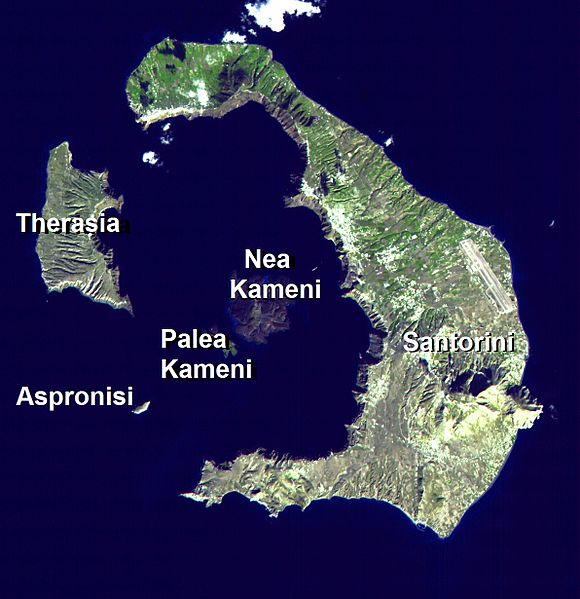 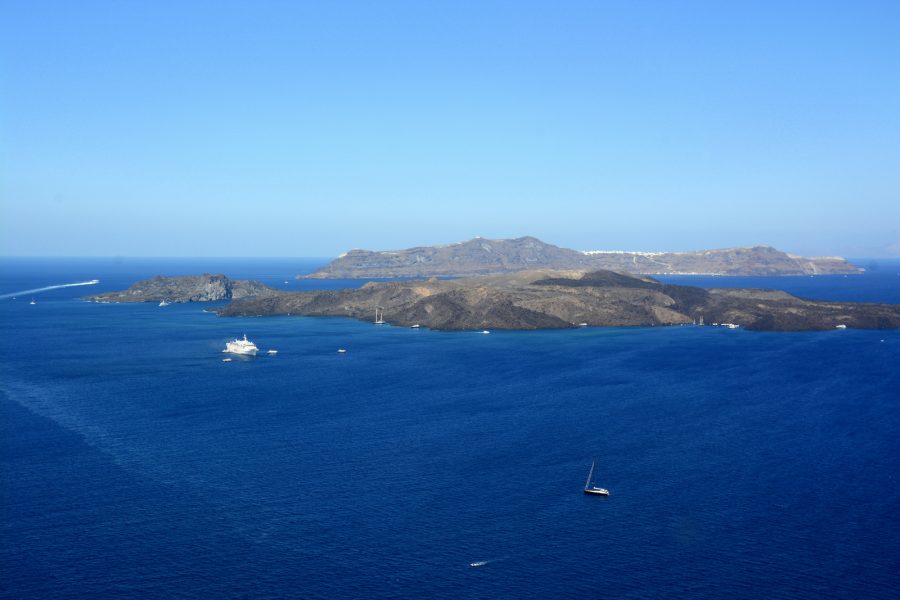 The island has special, unusual shape, with even more unrealistic names of the places: Oia, Fira, Nea Kameni … as you would find yourself in the middle of movie Avatar 🙂 . 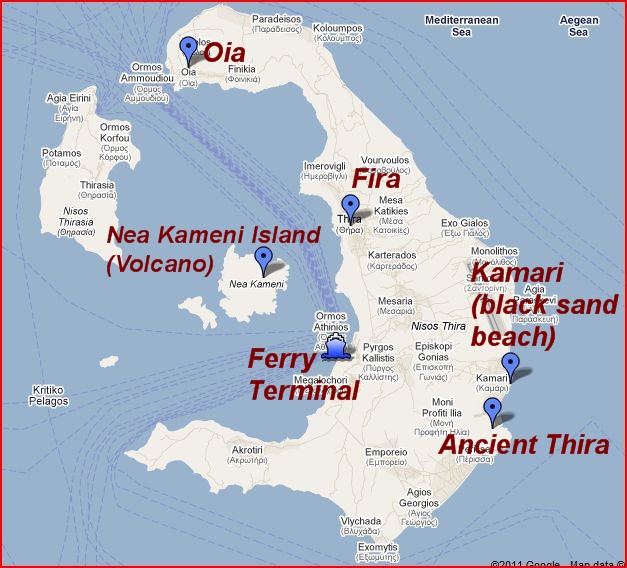 At first we went to Oia which is the most beautiful place on the island, for sure. Just beautiful. 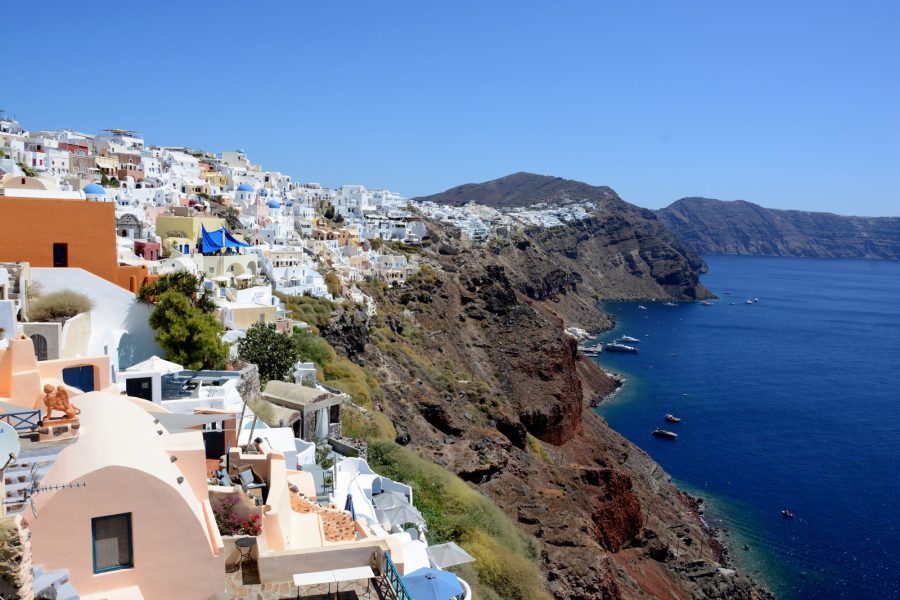 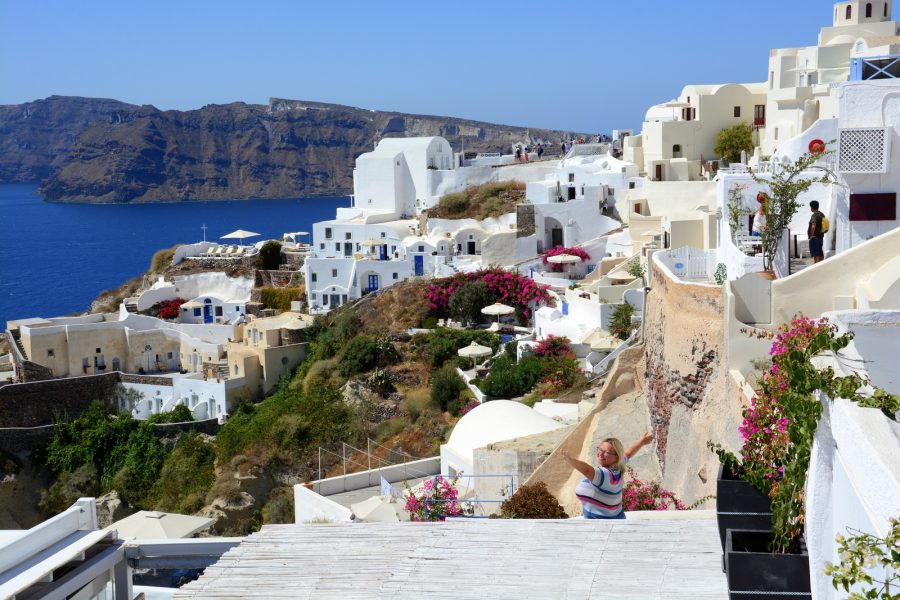 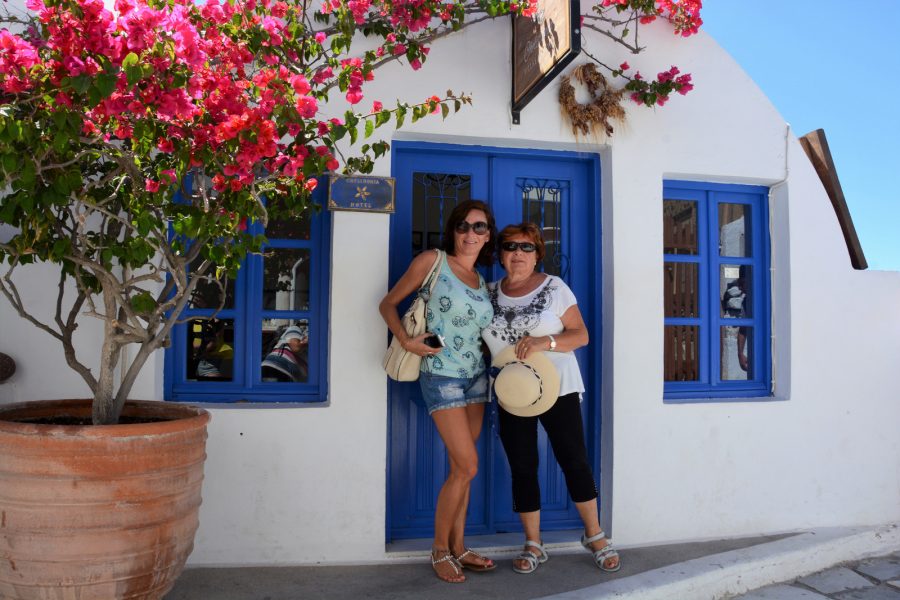 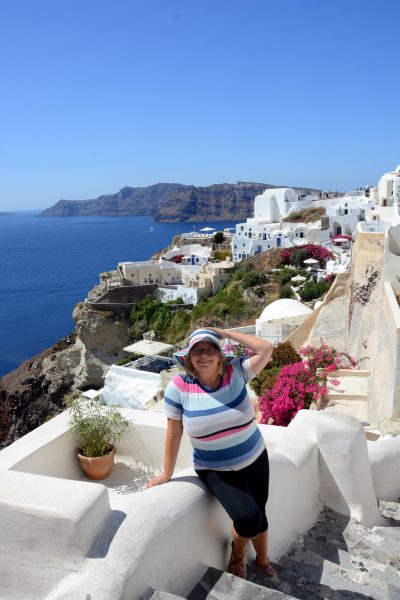 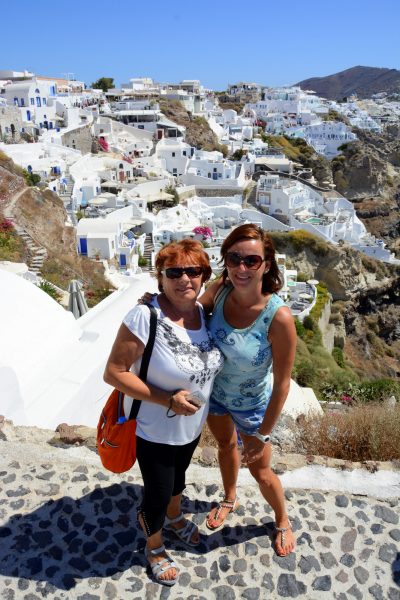 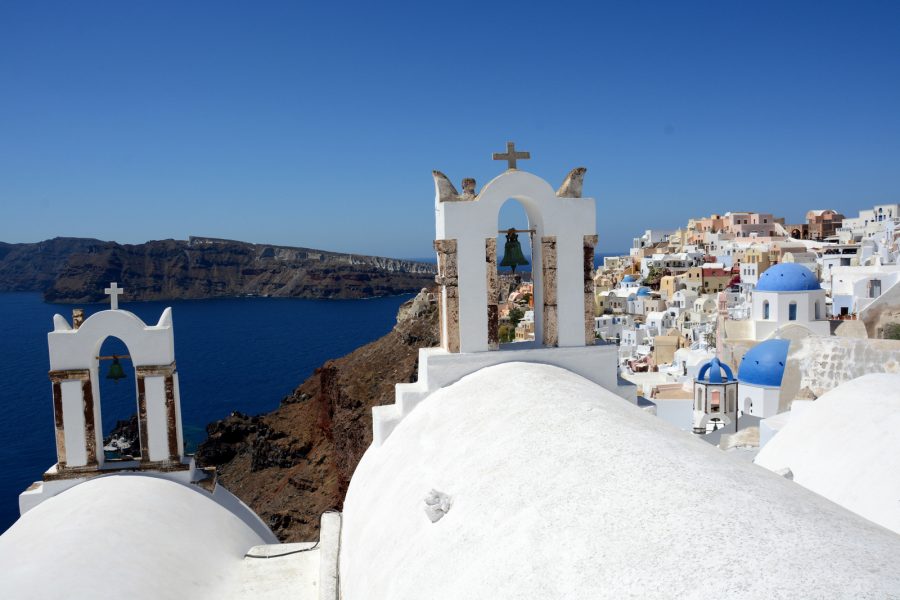 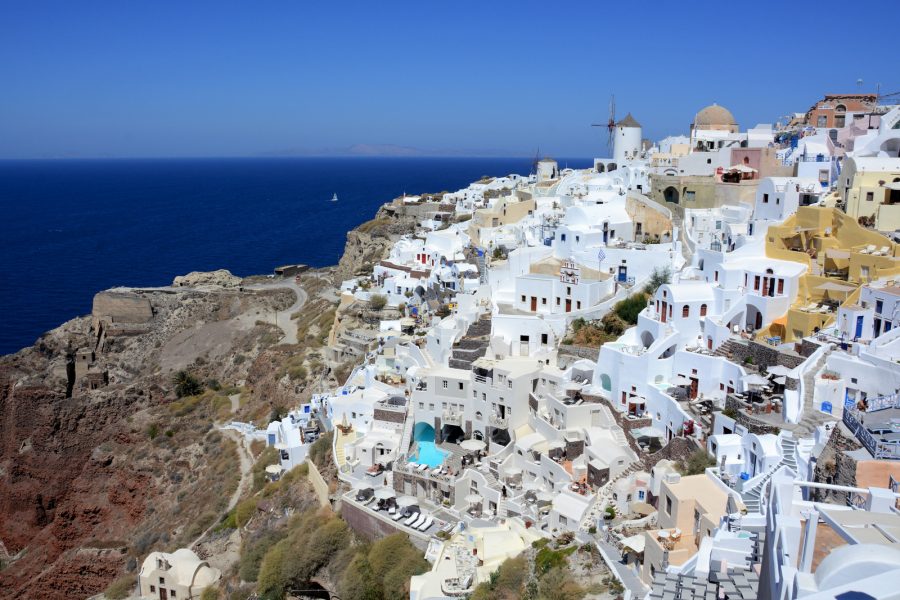 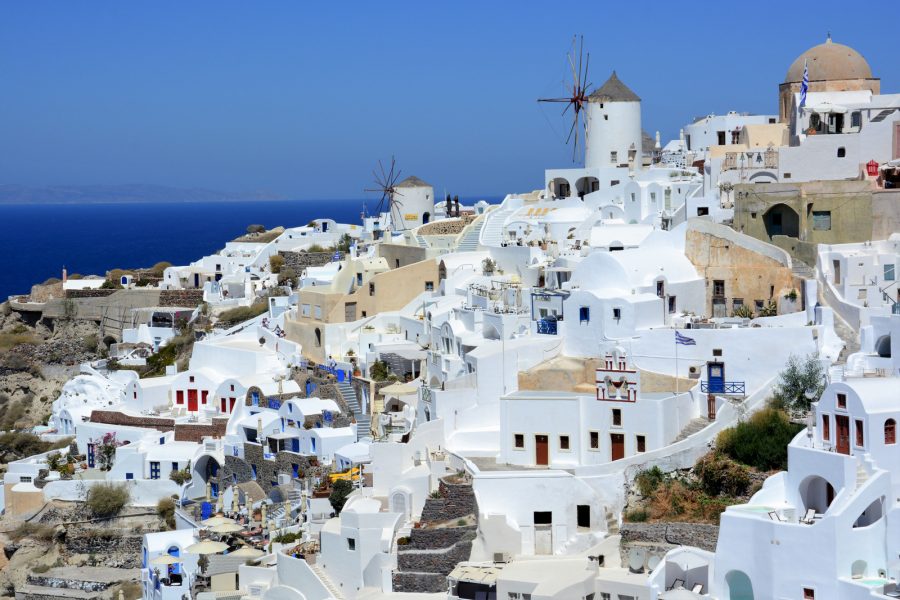 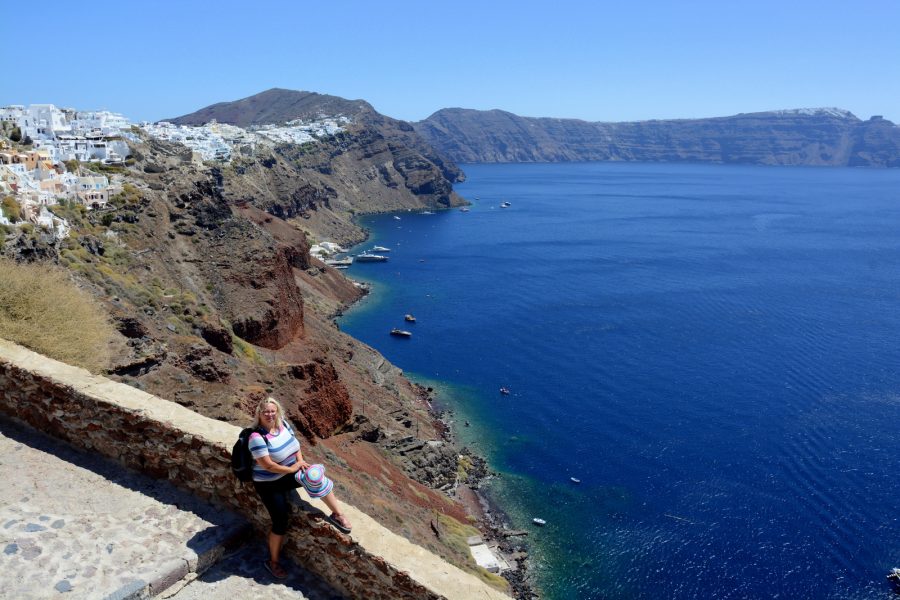 And later that day we went to Fira, which is beautiful just as much. 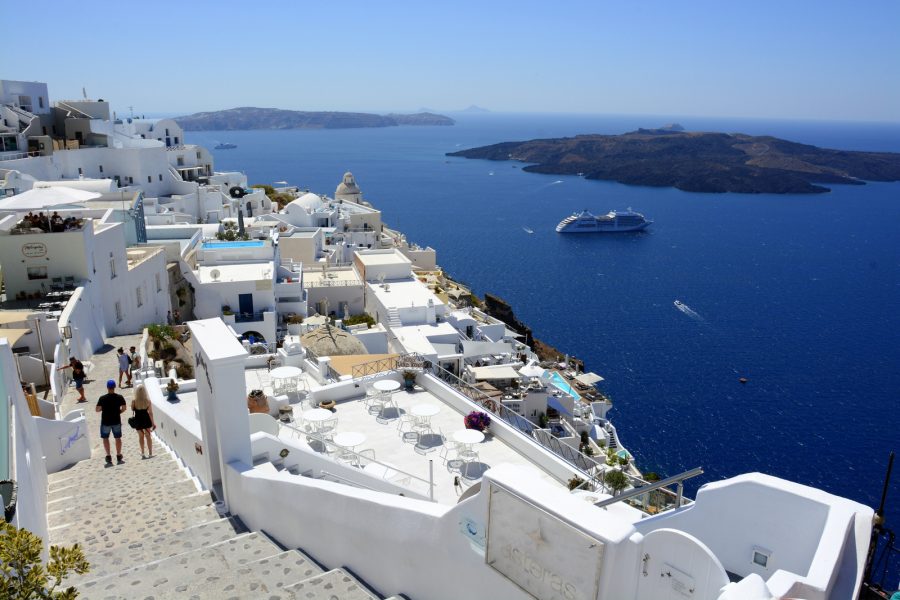 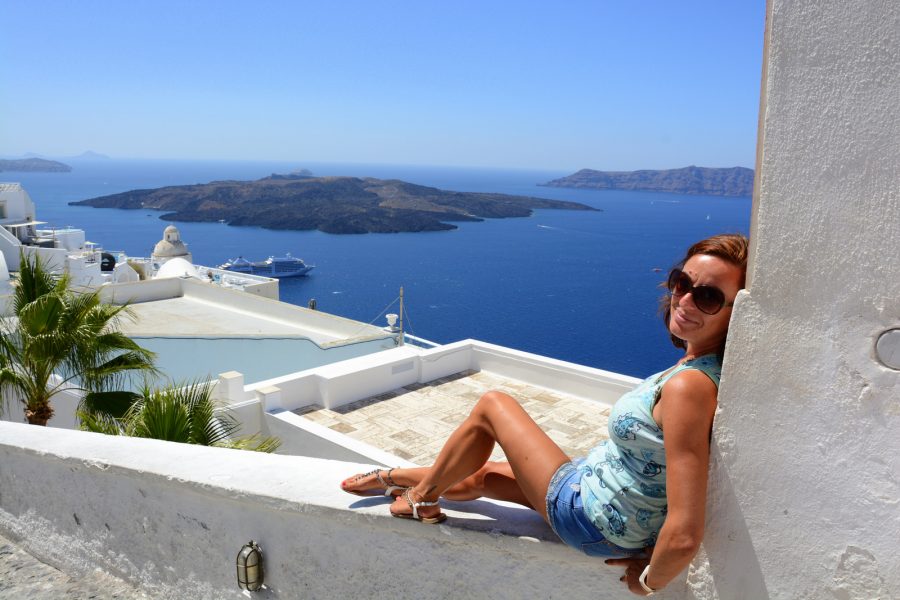 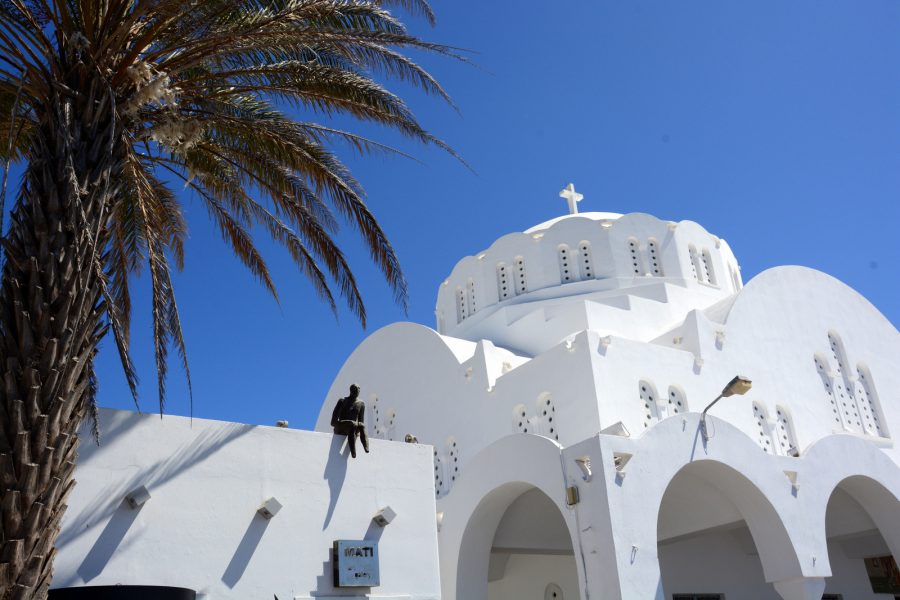 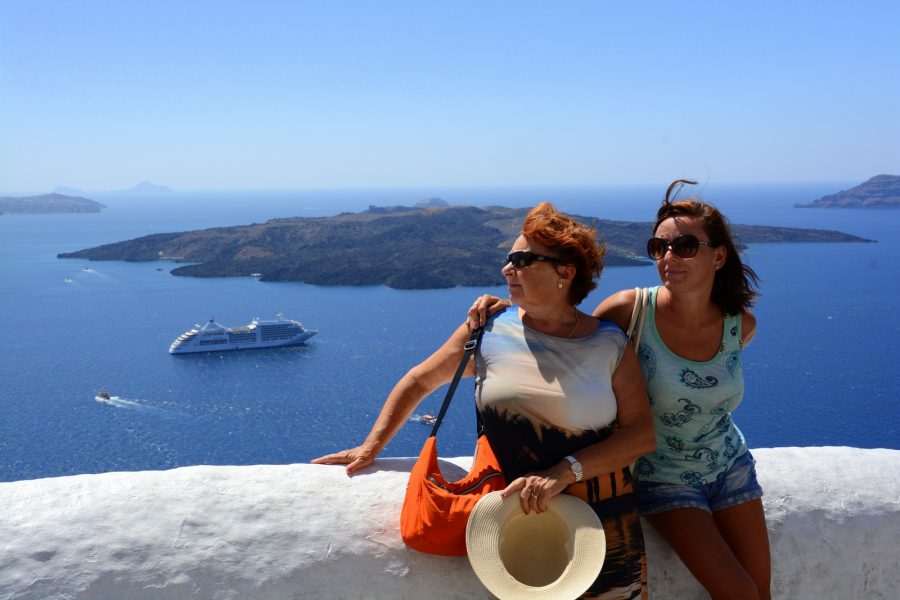 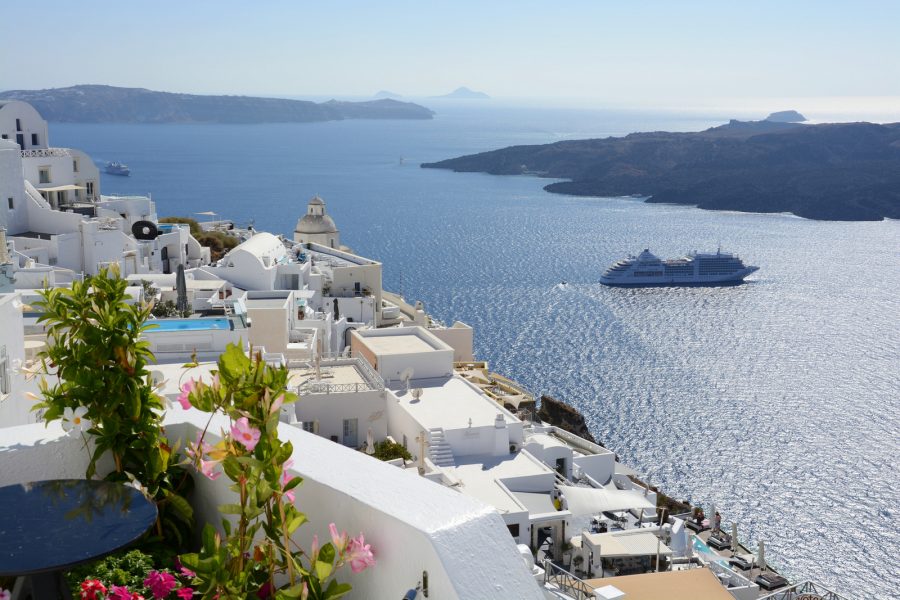 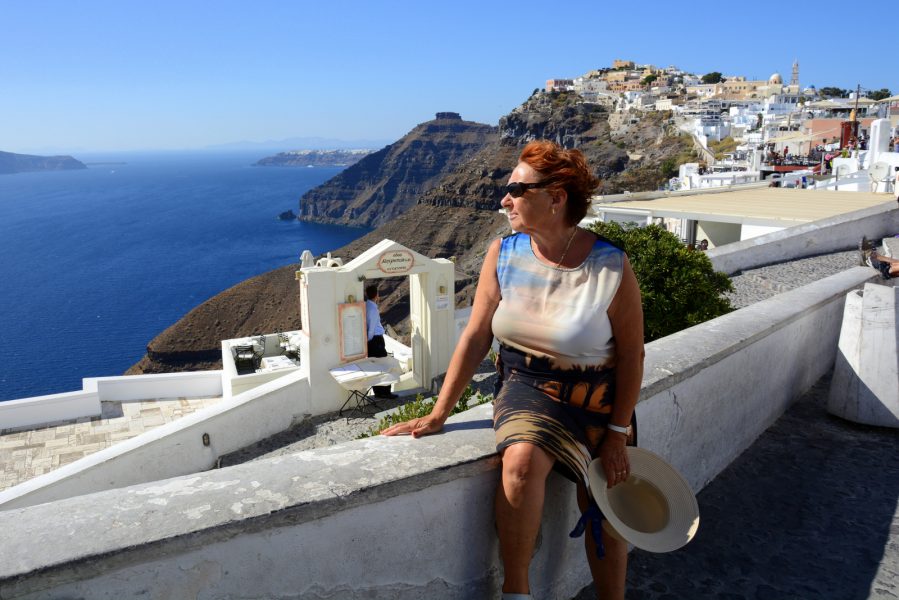 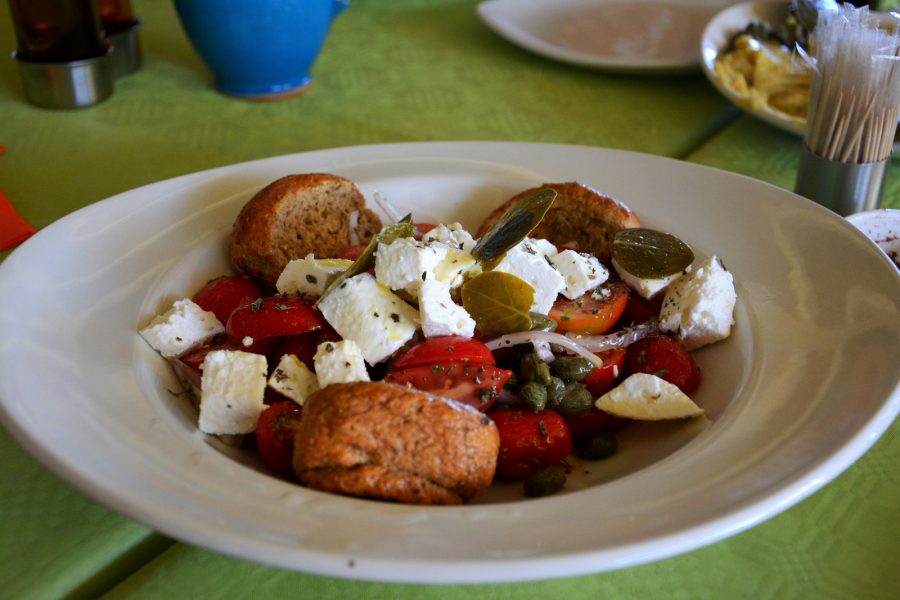 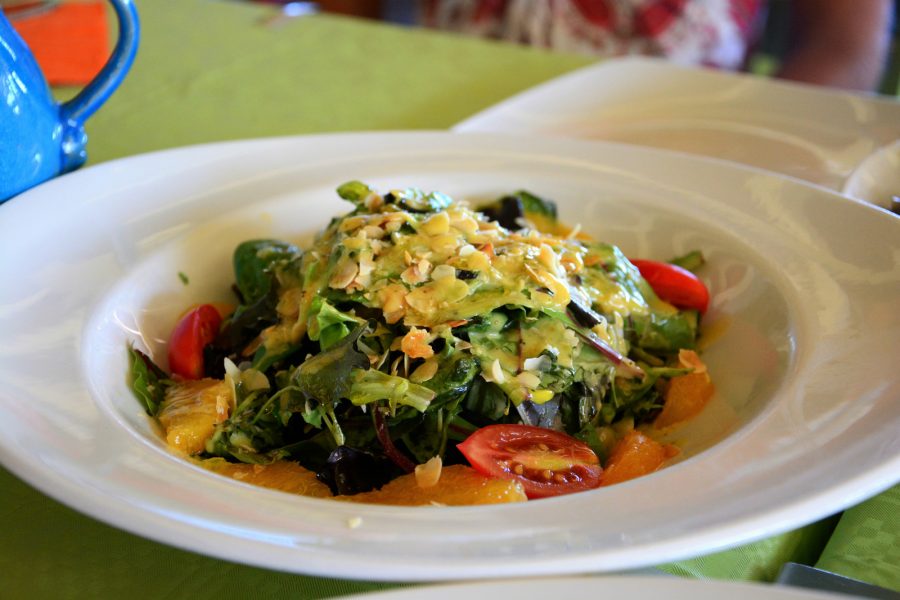 If you intend to go to Santorini, don´t wait too long. It is the best to go there in low season. I think that the best month is October. There are no crowds, but the charm remains.